First produced in 1972, this wine is full bodied with notes of liqourice.

Only 6 left in stock

In 1972, Ridge made its first Lytton Springs from vines planted on the eastern half of the vineyard at the turn of the century. Both the eastern and western portions of the vineyard were purchased in the early 1990s, (In the 1870s, under “Captain” William Litton’s ownership, the two were part of one property; spelling evolved to “Lytton” by 1903.) The vineyard is planted to zinfandel and its principal complementary varietals. 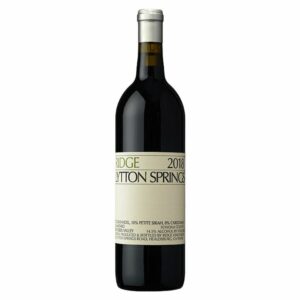